So, apparently today is National Video Gaming Day! Who knew. While that may not stir the embers of excitement in some (ok, most) people, it brought back to mind my introduction to video games. Yes, I confess, I am a GEEK.

Growing up in the Caribbean in the 60’s, 70’s did not lend itself to technological entertainment; mainly because the technology did not exist like it does today. More importantly, we were not allowed to be in the house if the sun was shining. Actually, come to think of it, in some cases even if it was raining. I am sure those of my generation remember that famous active pastime, that actually provided exercise. Playing outdoors.

Prior to getting into video games, I was initiated into the Star Trek universe on TV; albeit in black & white. Then came the first Star Wars movie, and I was hooked for life. Geekiness was now a part of my DNA. When our children were fairly young, they were raised not to be zoned out on video games (in actuality an opportunity that usually allowed me to sneak in more computer time for myself). But once they got older and were mature enough to appreciate the distinctions of what was questionable or not in certain video games (as far as our family values went), they proceeded to annex my gaming territory.

I have two daughters and a son. What I always find amusing is the look on people’s faces when they discover that my girls were weaned on such action-oriented games as Rainbow Six, Unreal Tournament and Ghost Recon; games that would be classified as military based First Person Shooters. Does not sound very girly, does it? These young females gained a reputation of being especially sneaky and adept at being Snipers. For my son, well, he is definitely a chip off the old block and quickly became more efficient than his old man at dispatching bad guys; virtually speaking of course. My wife still blames me to this day for all of the testosterone-charged influences that were passed on to our children. What more could a proud Dad do? 🙂

While all of this unorthodox child-rearing may seem questionably inappropriate to some, downright scandalous to others, what my wife and I have always agreed upon is that we raise our children in a way that would maximize their gifts and talent. Our eldest daughter has a degree in Mass Communication and Human Rights and along with her husband, are senior staff members at our local church. My younger daughter has an Honours Degree in Animation and animates for a Walt Disney subsidiary here in Canada. My son has undertaken Film Studies at the Vancouver Film School, and utilizes his filming talents in our church, our city and across our country. Influences in their lives, have been both comforting and intense at times. Things such as, learning the difference between right and wrong is not necessarily black and white; being robbed through the loss of their little brother and knowing it will hurt for the rest of their lives; losing a beloved pet to a coyote attack which also sucks on levels sometimes hard to articulate; growing up in the country, engaging in living, loving, learning what it means to be themselves, in good times and bad.

So in appreciation of National Video Game Day, see if you can identify the games below. Whether you concur or disapprove, they represent an indelible and memorable part of who we are today. Well, the young’uns and myself anyway. The Missus is probably the only remaining sane carbon-based life-form in our home. 🙂

Trouble identifying the titles? Click on the image below for some of their respective video profiles. 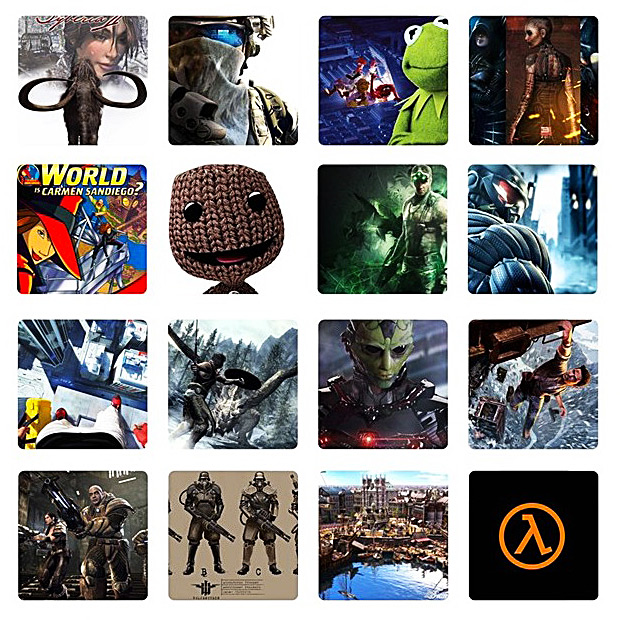 Proverbs: 22 vs 6 – Train up a child in the way he should go, And when he is old he will not depart from it

The Loss of a Generation