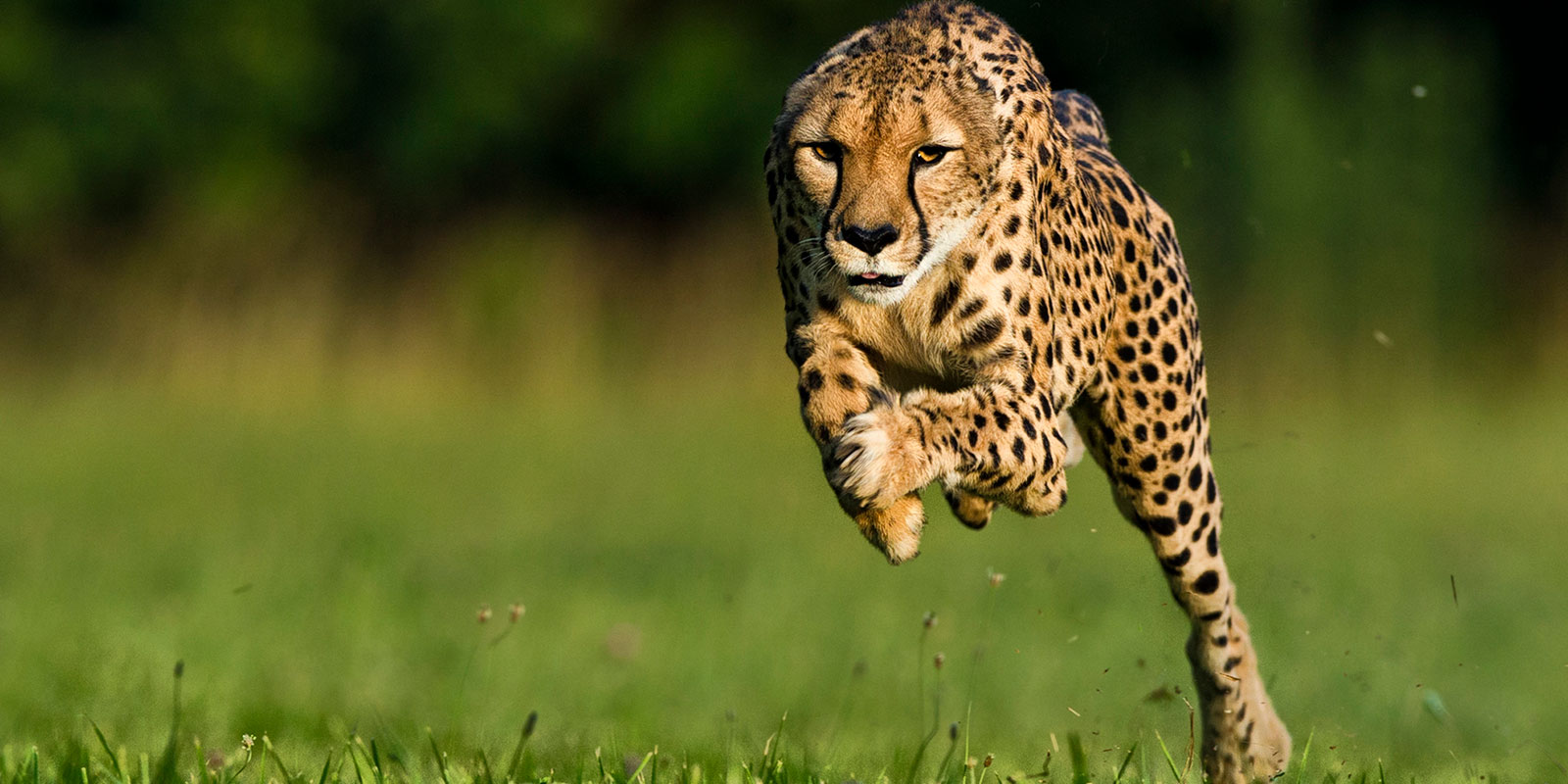 Irrespective of the Smithsonian’s position on the Cheetah’s actual chronological existence, after watching the above video, one fact is immutable; this kitty has some serious speed skills.

What does ring true however, is the narrator’s description of this creature’s unique design. Every facet of this animal is built to excel at what it is famous for; running faster than any living mammal on the planet.

Faster than some man-made creations of speed, from nose to tail; feet to shoulders; external and internal, the Cheetah embodies and exemplifies what it was naturally created to do. Run fast! Not to mention kill and eat as well. Sounds a bit crass all by itself, but the Cheetah is not aimless, callous or cold-hearted. It instinctively does what it was meant to do; survive.

Compared to humans, (the acknowledged apex of this planet’s food chain), some interesting contrasts can be made. We too are built to excel at what we were created to do. How so? Well, let’s break this down.

For starters, we too have a head containing eyes, nose, ears and mouth; just like the Cheetah. Admittedly with less fur and whiskers. The Cheetah’s head is built for cutting through the air at insane speeds; ours are built for more pedestrian tasks. While the more follicle-challenged of us may aspire to a more streamlined interface, we are no further ahead in limiting wind resistance than those with a full head of hair. Our eyes and nose also provide the same function, although with drastically diminished acuity by comparison. We do not have to spot a camouflaged rabbit in high grass, or pick up a scent five thousand metres away for our brain to begin tracking food. We find a fridge, or if in the Tropics, optionally climb a Mango tree.

Arms Legs & Feet. Slight difference here as the Cheetah only has legs and feet. We are graced with arms, which provide the opportunity for experiencing the Valium-inducing effects of hugging. Attached to the arms are hands containing appendages that showcase that oh so unique design of opposable thumbs; thus allowing for a level of manipulative dexterity that is unmatched across the animal kingdom. A Cheetah’s legs and feet provide the motive force to aid in their ability to hunt and capture prey. We run too, but mostly walk.

Muscular, lithe, flexible bodies in motion. Both species share these attributes, but are obviously developed for different criteria. A Cheetah is all about instantaneous bursts of speed. Every skeletal and muscular action is hardwired into its DNA to transform it into a spotted, furry, land-based meat-seeking missile.

Our bodies are also built to express diverse form and function, but we have also transformed them into temples of self-worship. Both genders of our species work out to acquire the sculpted look that modern society defines as aesthetically pleasing. So as not to be misunderstood, let me make a qualification. There is nothing wrong in being attractive. We are created to be attracted to each other. Yes, men are known to be more visually cued than women (generally speaking), so being side-tracked by a passing shapely bosom or buttock is not an uncommon occurrence. Just remember, while you may not have control over a first unexpected encounter, you are entirely responsible (and will be held accountable) should you choose to take a second, third or even fourth look. We have taken what is meant to be sacred and exploited it to the nth degree. We have more at stake than we realize. Another discussion for another time.

One definitive attribute which differentiates us from the rest of the animal kingdom is the capacity to reason. We have choice; up to a point. The Cheetah operates on instinct driven by an innate need of survival. We seem to take a different tack. We abandon reason and debase ourselves with instinctive predilections. Ironically this tempers our ability to survive on several levels; physical, emotional; spiritual. All of this self-absorption restricts our capacity to be who we were truly created to be; image-bearers of the Creator of the universe.

The Cheetah always instinctively and faithfully fulfils it’s created purpose. On the other hand, we of the supposedly reason-enabled species, seem to have a more difficult time defining our reason for being.

Luke 19: 40 – He answered, “I tell you, if these were silent, the very stones would cry out.”
Psalms 139: 14 – I praise you because I am fearfully and wonderfully made; your works are wonderful, I know that full well.

The Abolition of Self

Good Morning God. How Have You Been?